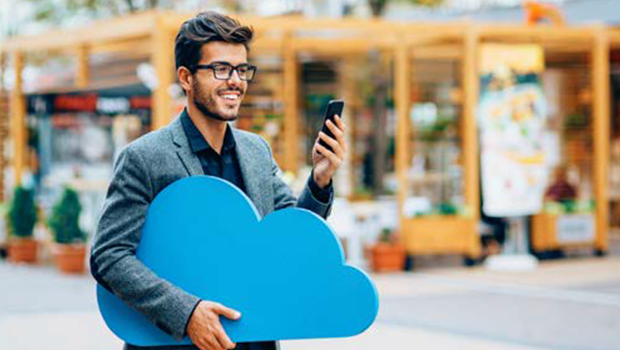 For several years, cloud technology has been one of the most talked about subjects in business technology circles. By now, most small-to medium-sized business (SMB) owners have heard that cloud computing is transforming the way their peers do business, and they’ve been inundated with talk of how the cloud enables small businesses to cut IT costs and operate more efficiently.

But for many small businesses, the cloud is a pretty (ahem) nebulous idea, and they have a wispy notion of its potential business value.

For example. 54% of SMBs told Wakefield Research – a market research firm – that they’ve never used cloud technology. Of that figure, it was found that roughly 95% of them were already in the cloud and had been for years. They just didn’t recognize it.

The purpose of this e-guide is to explain cloud computing in layman’s terms. For decision-makers who aren’t necessarily technology gurus, any mention of the cloud can sometimes set off a “Stranger Danger” alarm. SMBs often resist change because they fear the risks and costs of investing in new technology, and they lack knowledge and support.

We’ve reached a point now where it’s obvious the cloud is here to stay, and its economic benefits simply make too much sense to ignore. Since most start-ups and small businesses run with exceptionally strict budgets, bearing the financial brunt of owning, maintaining, and securing their technology may be impossible. Understanding the cloud – what it is, its benefits, its risks, and how to manage those risks – is critical.

A SIMPLE VIEW OF THE CLOUD

Let’s try describing the cloud for once without any tech lingo. Picture for a moment a cramped office space. You and a few coworkers sit in tight quarters with disheveled desktops buried in mounds of files and paperwork. There is absolutely no room for storage. And it will be years before you’ll be able to afford a larger office space.

Your building manager offers to rent you an empty file cabinet in the basement. Although this basement space is shared with other tenants, only you and your team will have a key to this locked file cabinet to store and retrieve documents and files as you wish. Your rent is relatively cheap compared to other tenants since you’re only paying for the file cabinet and not the larger storage areas they’re renting.

Suddenly, those once cluttered desktops are cleared, leaving some actual physical space to work. Work can be done much more efficiently without the complications that once hindered it. This is close to what the cloud does for the backend of small business IT infrastructure.

THE CLOUD IS A TECHNOLOGY EQUALIZER

Historically, the technology used by larger companies has never been available to smaller businesses. Most SMBs have neither the hardware budget nor internal support to “own” a massive internal network infrastructure.

Previously, only large organizations had the money to invest in IT infrastructure. But the cloud truly democratizes computing and levels the playing field. In many ways, it’s the great equalizer, giving companies of any size the ability to store information at a remote data center rather than on-premises. It gives small businesses the ability to do large-scale business at a lower cost.

Cloud Hype Market surveyed SMBs who had already made the switch to the cloud. Here’s some data from their findings:

THE CLOUD ISN’T NEW, YOU’VE BEEN USING IT FOR YEARS

The cloud is a sexy buzzword for the Internet… or at least the next evolution of the Internet. Many SMBs don’t even realize that they’re already in the cloud and have been for more than a decade. Anyone that has ever used a hosted email provider such as Gmail has already had sensitive data stored, accessed, and exchanged in the cloud. Cloud-based email hosting was one of the first and most broadly adopted cloud services used for both personal and professional use.

The cloud has three deployment models:

Since SMBs don’t typically have the resources to build private clouds, most rely on public clouds. Public cloud deployments are completely virtual, which means less hands-on management is required since the infrastructure (hardware such as servers, storage devices, networking equipment, and firewalls) is all off-premises. In an economy where SMBs find themselves having to stretch their technology investment as far as it can go, the benefit of not having to pay for hardware, employees to maintain and manage that hardware, software licensing, deployment, and updating is critical.

One analogy commonly used is a public utility. Obviously, nobody would expect you to power your home or business with your very own electrical plant. The costs to do so would be exorbitant and the maintenance would be impossible. Consequently, you and others within the same electric grid share in the overall cost of the infrastructure to generate and transmit electric power into your home. Being part of the grid enables us all to have access to affordable power based on our usage – just as the cloud makes business solutions that were once only affordable to large enterprises reasonable for SMBs by spreading costs across a network of users and charging only for actual usage.

Companies typically focus on offering one of three categorized cloud-computing services that are referred to as layers in the cloud. These are: 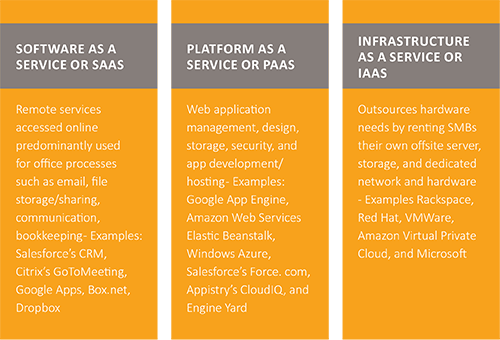 The cloud hosts an application for any type of work process needed by an SMB. 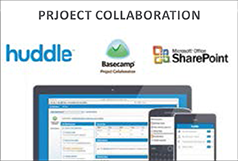 WHY USE THE CLOUD?

THE NEED FOR CLOUD MONITORING

SMBs who are still uneasy about a move to the cloud may want to consider cloud monitoring through a local managed services provider (MSP). Cloud monitoring helps SMBs deploy to the cloud with confidence. The idea of relinquishing control to a third-party service provider tends to make many SMBs understandably tense. Cloud monitoring offers the worried SMB owner or Chief Information Officer (CIO) around-the-clock end-to-end visibility into the performance of their cloud services and IT infrastructure.

Cloud monitoring supports a hybrid deployment architecture by unifying servers deployed in multiple environments – whether it’s on-premises, in a data center, or in a public cloud such as Rackspace or Amazon – into one single dashboard to simplify 24/7 performance monitoring. This allows SMBs to oversee the performance of any servers and applications deployed to the cloud to maintain optimal uptime and ensure a positive end-user experience.

This isn’t a dark or ominous cloud hovering over us. It’s fluffy, white, and full of possibilities. It’s a “happy little cloud” as famed PBS oil painter Bob Ross would say. The benefits of reduced costs and complexity, flexible scalability, and lower per unit cost are simply too alluring to ignore.

Security concerns are valid but small businesses today may be exposing themselves to more breach vulnerabilities by not being in the cloud. The notion that data must be on-site to truly be secure is as misguided as the belief that money is safer tucked beneath a mattress than in a bank. Top cloud service providers can invest far more into their security than any SMB running their technology.

Cloud monitoring services adequately address any perceived loss of visibility SMBs commonly fear by taking to the cloud. It also simplifies the adoption of cloud solutions for SMBs, setting them on a path to progressively forge ahead with business goals and objectives and confidently leverage new technology.